THE DATA BEHIND OUR PRODUCTS

In addition, one of our partners, Nanomerics Ltd., presented a poster entitled Nano-in-Micro Powder Technology for the Delivery of Nanoparticles Formulations via the Nose-to-Brain Route . 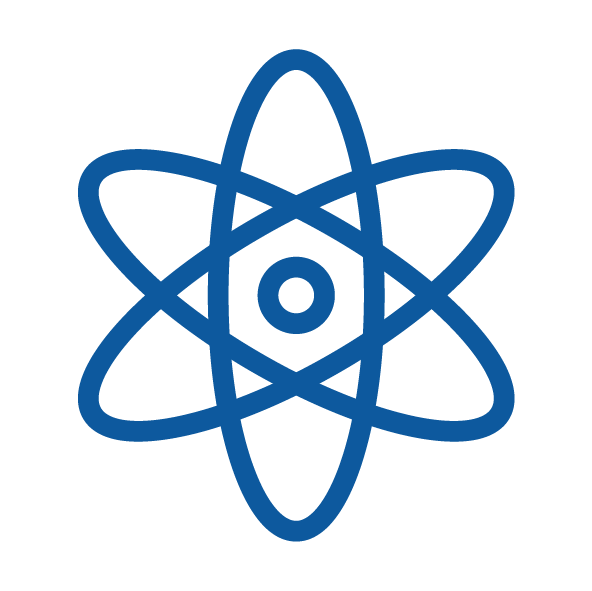 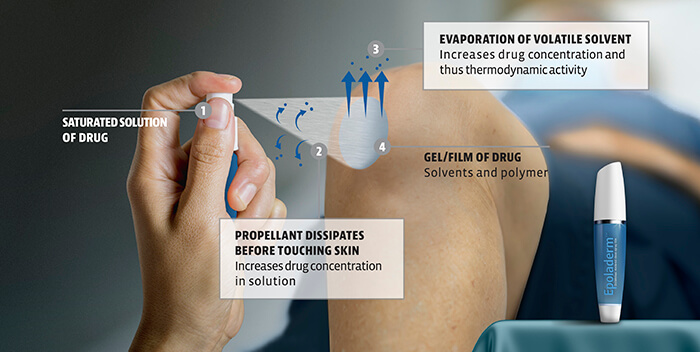 Comparable or superior performance to diclofenac patch (data on file)

AVAILABLE FORMULATIONS ARE LESS THAN OPTIMAL

AN UNMET NEED FOR LONG-ACTING AGENTS

The co-developer of Doxil and a world-leading liposome researcher

LMVVs are large structures which have a high level of encapsulated drug (trapped volume 21x higher than SUVs). Part of the bupivacaine is incorporated in the liposomal membrane which releases the drug slowly over time producing long-lasting analgesia.

Duration of skin analgesia as assessed by pinprick after subcutaneous injection of 0.5% standard bupivacaine (BUP) or 0.5, 1.0, or 2.0% large multivesicular vesicle (LMVV) liposomal bupivacaine1

The clinical management of chronic pain can be challenging and remains elusive with opioids as the drugs of choice. However, the wider use of opioids is limited by their side effects and their potential for addiction that has been linked with the ‘opioid epidemic’ public health emergency1. Endogenous opioids are a promising alternative, however, their use is limited by their rapid enzymatic degradation and poor brain permeation2. We recently demonstrated that our Molecular Envelope Technology (MET) allows leucine5-enkephalin (LENK) to be deliver to the brain in therapeutic doses via the nose-to-brain route3. The anti-nociceptive response in multiple assays of evoked and ongoing pain was equivalent to morphine in animals dosed with this formulation but no response was observed when peptide alone was dosed3. These studies used a dispersion of nanoparticle instilled intranasally in rodents. However, in humans, delivery of material to the top of the nose requires particles with specific properties, e.g. with sizes in the micrometer range.

Nanoparticles Preparation: MET-LENK nanoparticles were prepared from LENK and MET in distilled water at a total solid concentration of 10% w/v and a MET:LENK ratio of 1 g/g followed by high pressure homogenization (1 cycle at 18000 Psi).

Microparticle characterization: Microparticle sizing was via a Mastersizer 3000. Morphology was evaluated by SEM microscopy.

Concentration of LENK (mean ± s.d. n = 6) in the olfactory bulb (left) and cerebrum (center) following the administration of LENK (23 mg/Kg, 50mg/mL) in nanoparticles (LENK/MET ratio= 1 g/g) or as the peptide alone. **** =statistically significant differences between both groups (p < 0.0001). On the right is a representative TEM mage of the MET-LENk nanoparticles 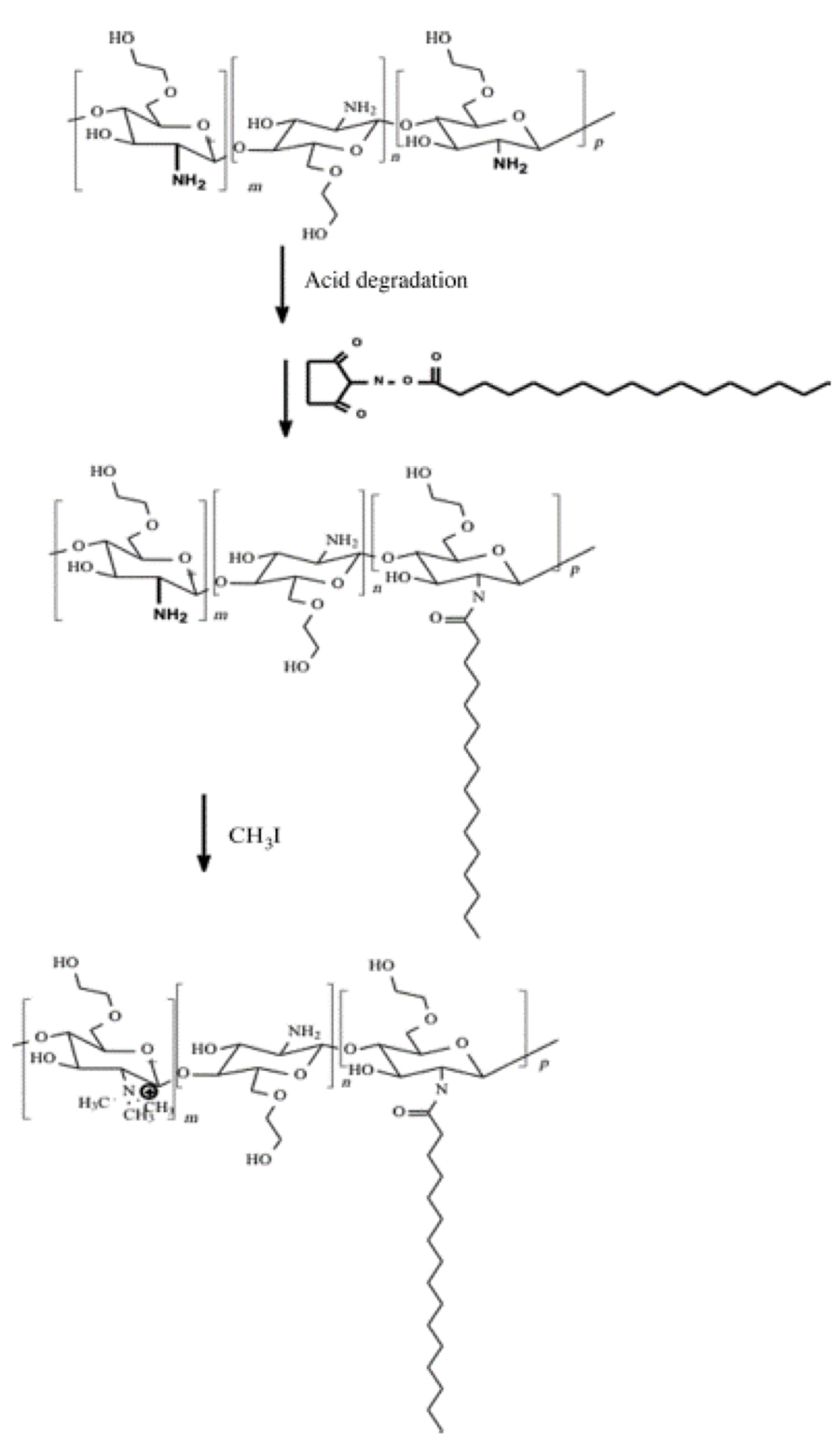 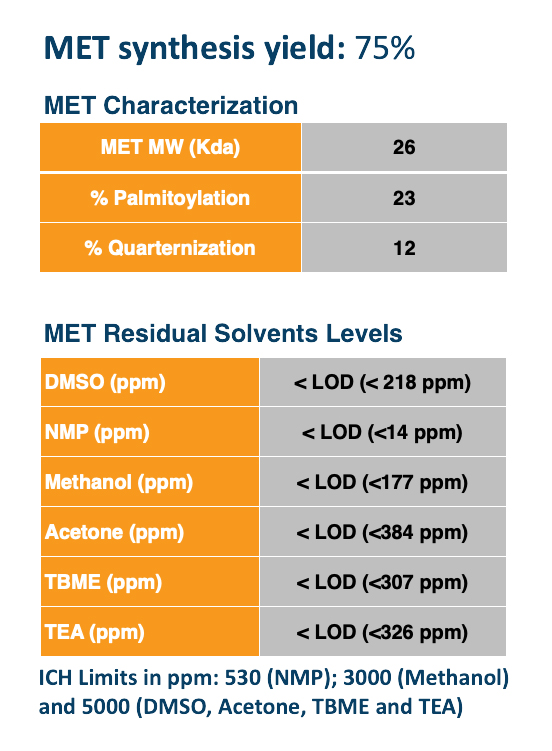 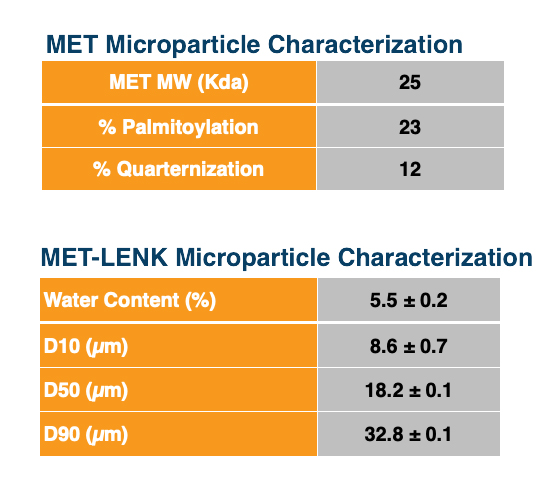 MET-LENk Microparticle analysis was via a Mastersizer 3000 (n =3)

AND BACK TO NANO… 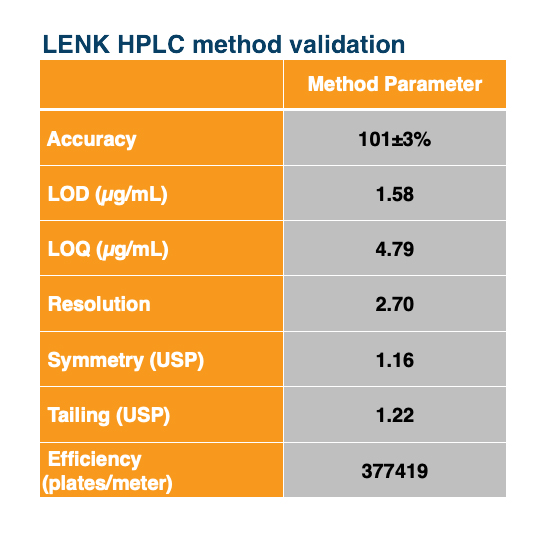 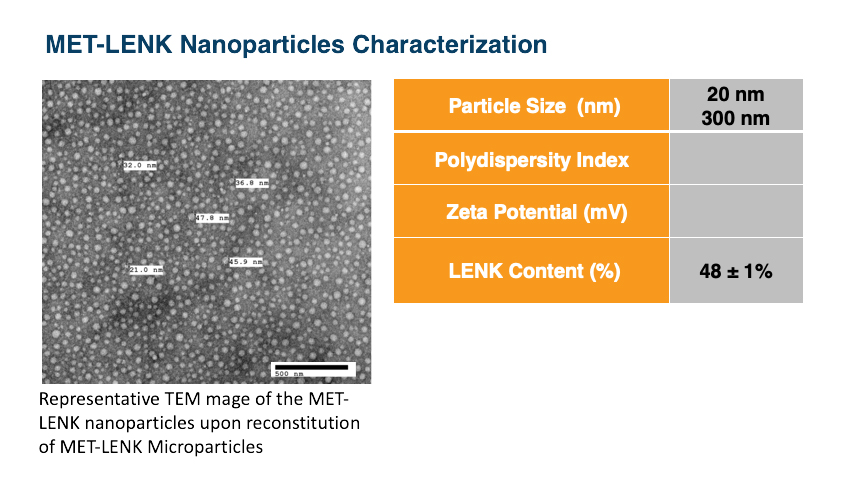 Learn more about our work and inquire about unique opportunities with our delivery systems and formulations. Make a difference in the pain management industry.